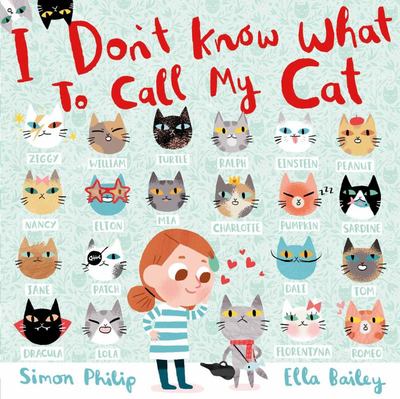 I Don't Know What to Call My Cat

Every cat needs a name. One name, one word, just a sound...It should be easy to choose one, right? WRONG!!! I just don't know what to call my cat! Choosing the right name for a new pet is very important! Find out just what this cat's name turns out to be in this clever and witty story from an exciting debut author and talented young illustrator.

Simon was born in Chichester in 1988 and has lived there ever since, although he occasionally leaves to buy milk. After gaining a 1st class degree in History at Exeter University, he immediately put his skills to good use working as a barman at a local pub. He soon grew tired of the owner calling him Andy, and so, naturally, decided to become a primary school teacher. Teaching rekindled his love of children's literature, particularly picture books, so much so that he had a go at writing his own. Deciding he was better at writing stories for children than he would ever be at teaching them, he made a swift exit from education to live the cliche of the writer who works in a bar. He hopes that one day he'll be able to give up writing stories and become a barman full-time. Ella is an illustrator of picture books and other things. She graduated from Falmouth University in 2013, and is currently based in a city called Nottingham in the UK. Growing up she had two pet rabbits, and now she lives with an English Cocker Spaniel named Minnie, who likes to spend her time eating, sleeping and thinking about food. Ella has never had a cat.