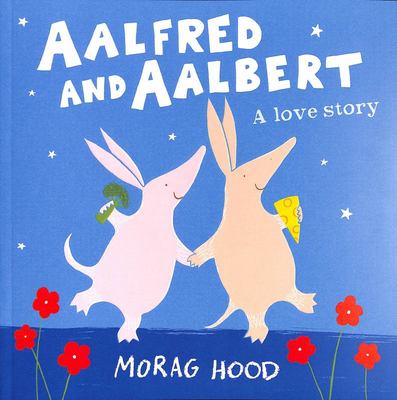 An aadorable and funny love story between aardvarks.Aardvarks Aalfred and Aalbert both need a pal. But Aalfred sleeps in the day, and Aalbert sleeps at night. How will they ever get the chance to meet? Bird conjures up a series of sillier and sillier schemes to get the two aardvarks into the same place, but their paths simply refuse to cross. Until one day, when they find each other in the most unexpected way - and now Aalfred and Aalbert will never lose each other again.Aalfred and Aalbert is as funny and memorable as Morag Hood's previous books, Colin and Lee, Carrot and Pea, I Am Bat and The Steves. With its sweet and natural portrayal of love accidentally blooming between two aardvarks, it makes a brilliant gift for a loved one.