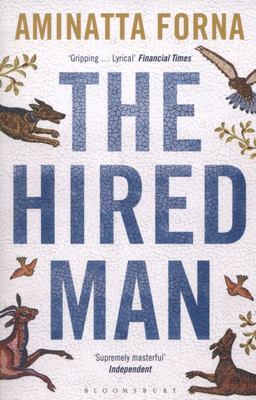 Gost is surrounded by mountains and fields of wild flowers. The summer sun burns. The Croatian winter brings freezing winds. Beyond the boundaries of the town an old house which has lain empty for years is showing signs of life. One of the windows, glass darkened with dirt, today stands open, and the lively chatter of English voices carries across the fallow fields. Laura and her teenage children have arrived. A short distance away lies the hut of Duro Kolak who lives alone with his two hunting dogs. As he helps Laura with repairs to the old house, they uncover a mosaic beneath the ruined plaster and, in the rising heat of summer, painstakingly restore it. But Gost is not all it seems; conflicts long past still suppurate beneath the scars.

A powerful novel about the indelible effects of war and the memories which stir beneath the silence of a quiet Croatian town, from Orange Prize-shortlisted and Commonwealth Writers' Prize-winning author Aminatta Forna

Aminatta Forna was born in Glasgow, raised in Sierra Leone and Britain and also spent periods of her childhood in Iran, Thailand and Zambia. She is the award-winning author of two novels, The Memory of Love and Ancestor Stones, and a memoir The Devil that Danced on the Water, which was shortlisted for the Samuel Johnson Prize. She has also written short stories and essays as well as for radio and television and presented arts magazine and documentary programmes, and was recently appointed Professor of Creative Writing at Bath Spa University. Aminatta Forna lives in London. @aminattaforna http://www.aminattaforna.com/