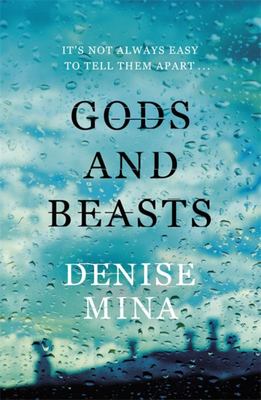 A grandfather brutally murdered in a post office raid. A corrupt politician fighting for his future. A police force up for sale. Three crimes leading to one question - who really runs Glasgow? Recently returned to work after the birth of her twins, DS Alex Morrow is called in to head the murder enquiry. The grandfather had helped the gunmen before being shot - was as it a moment of madness, a noble act of self-sacrifice, or did the old man and his killer share a dark past? One city, three crimes and a powerful connection that runs from Glasgow's dark criminal underworld to the international spheres of the super rich.

Corruption, politics and the underworld conspire in the new thriller from award-winning author Denise Mina.

Critically acclaimed Glaswegian crime writer Denise Mina is the author of nine novels. She also writes short stories and in 2006 wrote her first play. She is a regular contributor to TV and radio. THE END OF THE WASP SEASON won the prestigious THEAKSTONS OLD PECULIAR CRIME NOVEL OF THE YEAR AWARD. www.denisemina.co.uk