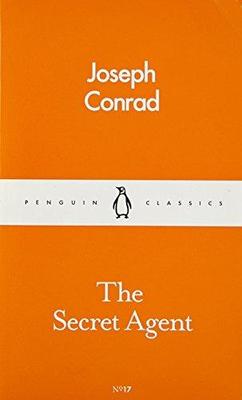 'The terrorist and the policeman both come from the same basket.'

In the only novel Conrad set in London, The Secret Agent communicates a profoundly ironic view of human affairs. The story is woven around an attack on the Greenwich Observatory in 1894 masterminded by Verloc, a Russian spy working for the police, and ostensibly a member of an anarchist group in Soho. His masters instruct him to discredit the anarchists in a humiliating fashion, and when his evil plan goes horribly awry, Verlac must deal with the repercussions of his actions.

The Secret Agent is an astonishing book. It is one of the best and certainly the most significant detective stories ever written. Ford Madox Ford The Secret Agent is an altogether thrilling crime story . . . a political novel of a foreign embassy intrigue and its tragic human outcome. Thomas Mann One of Conrad s supreme masterpieces. F. R. Leavis [The Secret Agent] was in effect the world s first political thriller spies, conspirators, wily policemen, murders, bombings . . . Conrad was also giving artistic expression to his domestic anxieties his overweight wife and problem child, his lack of money, his inactivity, his discomfort in London, his uneasiness in English society, his sense of exile, of being an alien . . . The novel has the perverse logic and derangement of a dream. from the Introduction to the Everyman's Library edition by Paul Theroux"