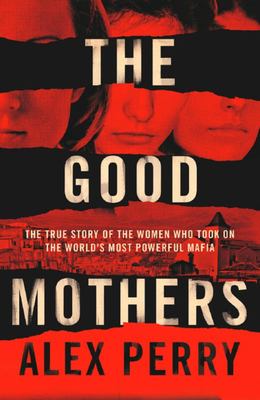 The Good Mothers: The Story of Three Woman Who Took on the World's Most Powerful Mafia

You are born into it or marry in. Loyalty is absolute, bloodshed revered and you kill or go to your grave before betraying The Family. This code of omerta is how the 'Ndrangheta became the world's most powerful mafia. The Good Mothers is the story of the women who broke the silence. We live in their buildings, work in their companies, shop in their stores, eat in their restaurants and elect politicians they fund. Founded more than 150 years ago by shepherding families in the toe of Italy, the 'Ndrangheta is today the world's most powerful mafia, with a crushing presence in southern Italy, a market-moving size in global finance and a reach that extends to fifty countries around the world. And yet, remarkably, few of us have ever heard of it. The 'Ndrangheta's power rests on a code of silence, omerta, enforced by a claustrophobic family hierarchy and murderous misogyny. Men and boys rule. Girls are married off as teenagers in arranged clan alliances. Beatings are routine. A woman who is `unfaithful' - even to a dead husband - can expect her sons, brothers or father to kill her to erase the `family shame'. In 2009, when abused wife Lea Garofalo `disappears' after giving evidence against her mafiosi husband, prosecutor Alessandra Cerreti realises the 'Ndrangheta's bigotry may be its great flaw. The key to bringing down this criminal empire is to free its women and allow them to speak out and testify. When Alessandra finds two collaborators inside Italy's biggest crime families, she must persuade them to cooperate, and save themselves and their children. The stakes could not be higher. Alessandra is fighting to save a nation. The mafiosi are fighting for their existence. The women are fighting for their lives. Not all will survive.

Praise for Alex Perry: Reviews for The Rift: `Perry's ability to capture the complexities of stories in which there are no clear heroes nor outright villains echoes again and again through his latest book, The Rift. Written with a clear eye after criss-crossing the continent, he offers telling glimpses of an Africa that defies stereotyping' Economist 'A modern-day epic, rich, often surprising... I don't think I ran into another book as important as this one the entire year'Andrew Armitage, Sunday Times `An epic, rich, endlessly surprising narrative of a fast-changing Africa by one of the few Western journalists to have spent enough time there to understand it' Douglas Rogers, author of The Last Resort `In this stunning book about the past, present, and future of Africa, foreign correspondent Perry achieves the seemingly impossible: he writes about the continent from a Western perspective without trying to define Africa to the West. The stories he tells, of average Africans trying to carve out a better life, have the vividness of fiction. Candid, smart, and self-aware, this work is an impressive accomplishment that does more to give Western readers context for Africa's current condition than any book in recent memory' Publishers Weekly `Perry's arguments about the often deleterious effects of outsiders augment some of the scholarly literature by providing a human face to usually well-intentioned but misguided interlopers. A welcome addition to our understanding of Africa' Kirkus Reviews 'A mesmerising, deeply impressive contribution to the discussion on Africa' Wiener Zeitung

Alex Perry is a correspondent, author and writer for television and film. Author of Falling Off the Edge, Lifeblood and The Rift, Perry lived and worked for fifteen years in Asia and Africa, specialising in investigations into conflict, corruption and organised crime for TIME, Newsweek and others. Perry now lives in Hampshire, England.